Sandbox VR is a new ‘free-roam’ shared VR experience that was founded in Hong Kong in June 2017. Long-term it teases an evolution of conventional cinema. But in the more immediate, it looks to be a great experience for team building, corporate events and parties.

Thanks to a healthy funding boost it now has 6 locations worldwide, three of which were secured in a deal with IMAX that will see Sandbox VR touch down in LA, New York and Bangkok. Sandbox VR is certainly ambitious and aims to have up to 16 locations by the end of the year.

The experience looks to be highly immersive with a strong emphasis on sharing that experience with a team. Moving around the space and each other, guests are free and untethered. Introducing haptic technology, guests experience a sense of touch with the virtual environment.

Motion capture technology tracks the player’s body as they move, which is used to place avatars into the virtual environment, mimicking each player’s key body movements. Each guest becoming a fully-tracked virtual character.

Experiences are about 30mins in length and priced like “escape rooms” at about double the price of a movie ticket. 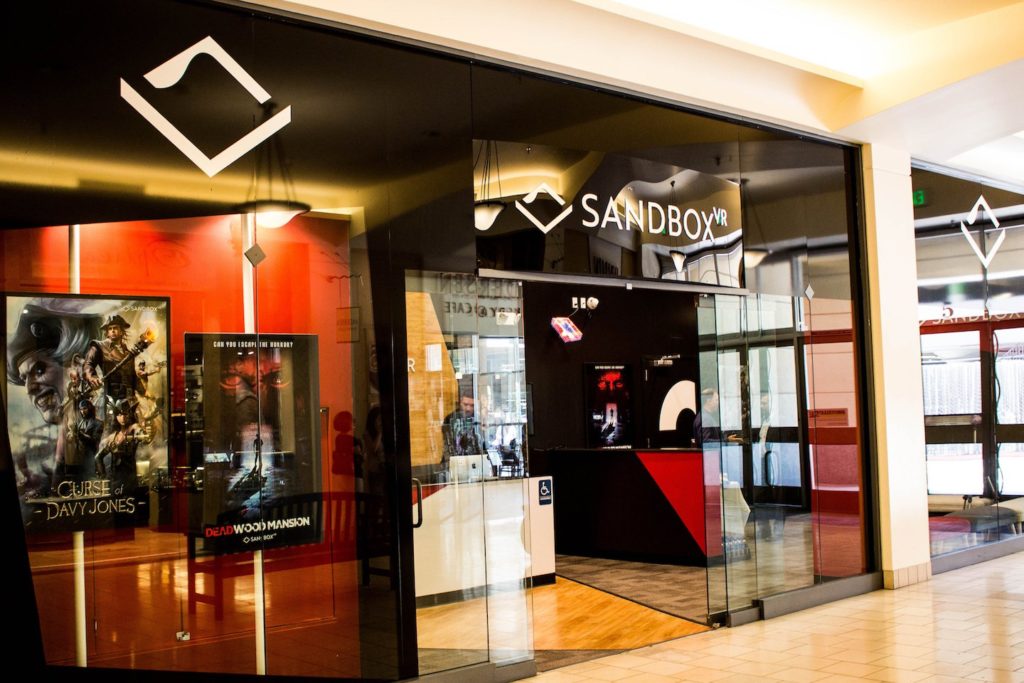 The story is simple, you and you’re merry band are treasure hunters tracking down lost treasure. Find the treasure in time or lose your soul to the Curse of Davy Jones.

Curse of Davy Jones is the latest of the two titles from Sandbox VR and many aspects have been improved over the original Deadwood Mansion experience. Including better weapons, storyline, graphics and gameplay. But it also introduces the new haptic force feedback gear you can see on our excited green screen volunteers. Guests can feel where contact is made on their body. 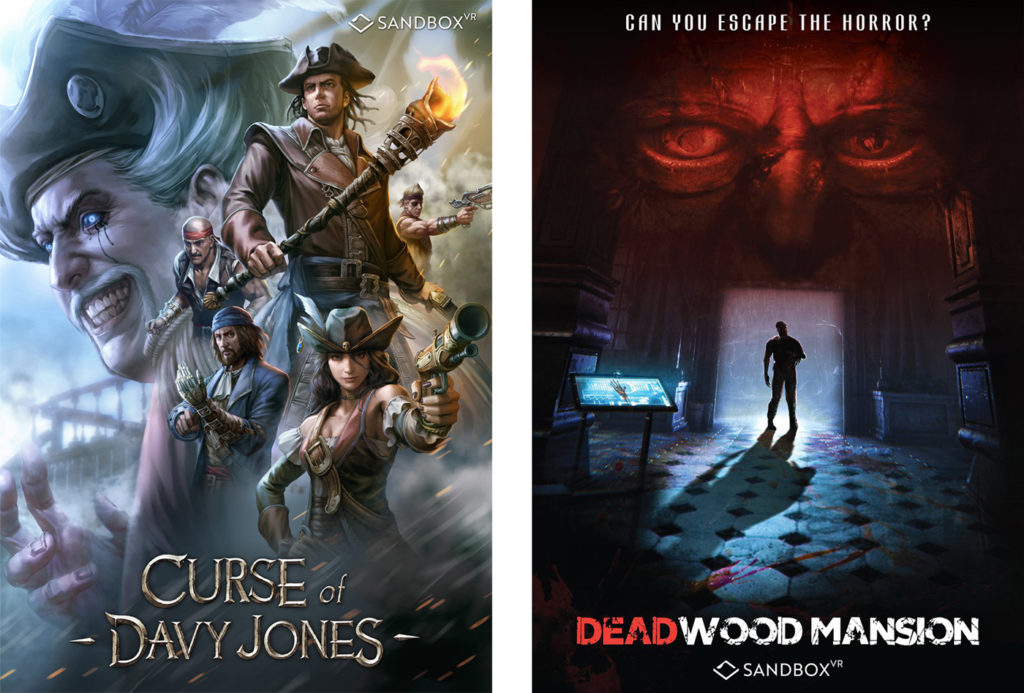 Deadwood Mansion was Sandbox VR’s launch pad in 2017. It was remastered recently to introduce the new haptics technology from ‘Davy Jones’. You can now feel those zombies as they reach out and lurch towards you. 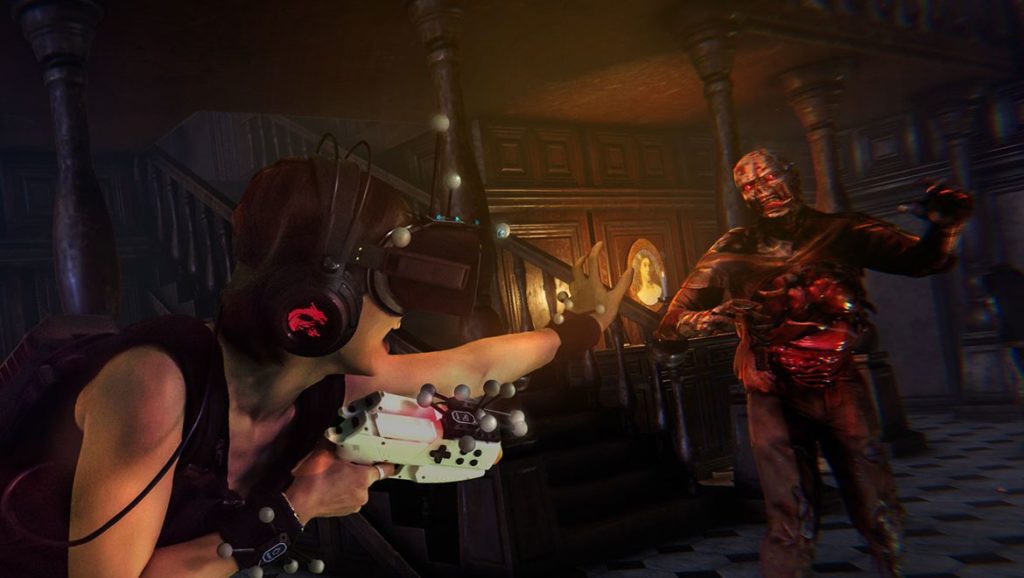 Sandbox VR founder Steve Zhao has stated the company is developing a “space title” based on a major intellectual property. We won’t speculate on that one due to the dangers of confirmation bias. But regardless of which it is, it is sure to pick the interest of a passionate fan base.

Founded in June 2017 by Hong-Kong based PC and mobile game entrepreneur Steve Zhao, Sandbox VR have secured $4m in funding led by Alibaba Hong Kong Entrepreneurs Fund. The company is now in a Series A round of financing with a possible announcement on the cards soon. Sandbox VR currently has 6 locations and 50 staff which is an impressive start. 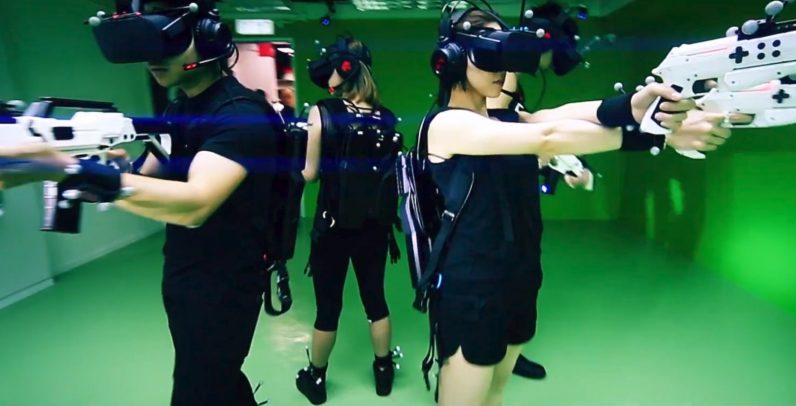 If what you’ve seen above sounds exciting – which it certainly did to the team at Many Worlds – Sandbox VR is actively looking for franchisees to help it expand. Sandbox VR are looking for experienced business partners and will provide the system, content and marketing engine. If you would like to know more you can contact them by click here.

We love the spirit, creativity and technology of companies like Sandbox VR and we will cover more companies like them over the coming months. Stay tuned.