Oculus has announced Quest as its new standalone VR headset at a draw-dropping US$399. That is a Rift-compatible headset with no wires, no high-end PC or smartphone required, and it will launch with over 50 titles. Simply put, it might be the mass market break-through VR has been waiting for.  We can expect to see it hit the market in Q2 2019.

Some background on Oculus Quest

For those that have been following developments at Oculus over the years, the Quest is a polished consumer version of the Santa Cruz. So, announcing such a low price point for it was very unexpected. It demonstrates how aggressively Oculus intend to push VR into the mainstream. 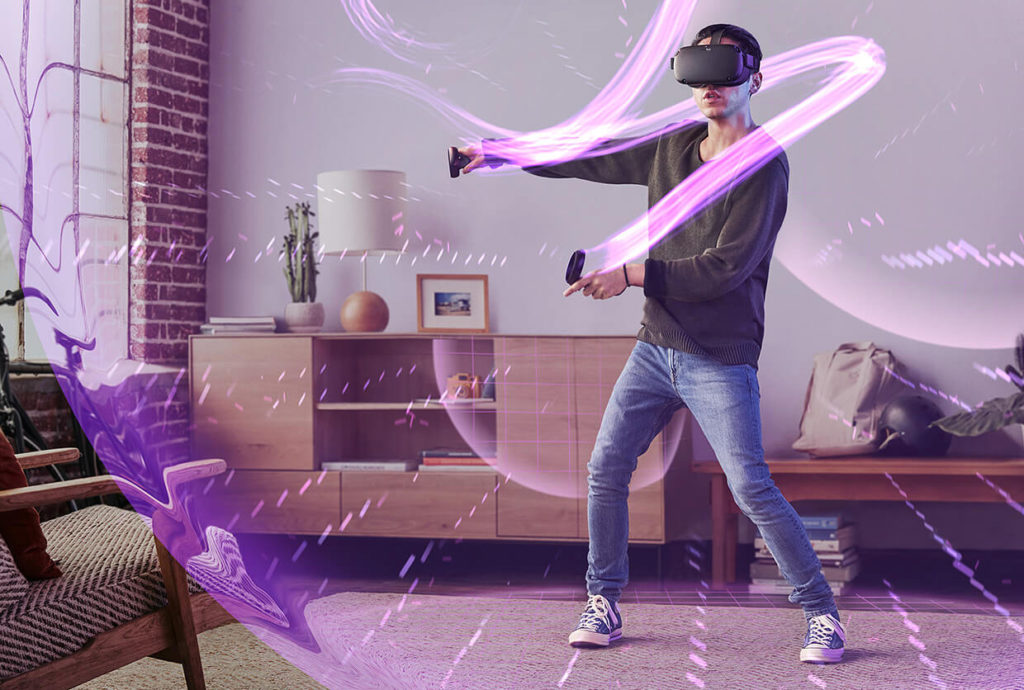 Oculus Quest mimics the Rift in every way it can. Including 6 degrees of freedom, unlike the 3 degrees of Oculus Go. Those 6 degrees include the controllers. A common issue with inside-out tracking on devices like Quest or Go, is objects are no longer tracked when you look away. With Oculus Quest you don’t just have two cameras, but 4. Two on top and two below, that see what you’re hands are doing in the air and slightly behind you. 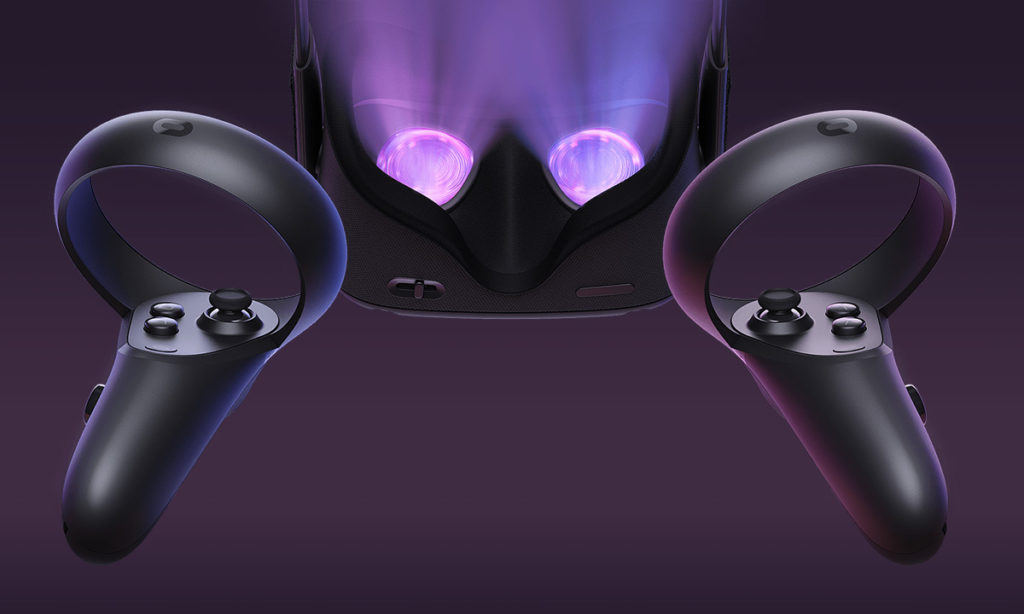 What is under the hood?

The display panels have been confirmed as 2 x OLED, 1600 x 1440 displays. That is the equivalent resolution of Vive Pro which sells for $US799 and requires a PC to drive it. Like Vive Pro, this uses OLED which offers richer colours with deeper blacks. Oculus has given the Quest the same lens we see in the Oculus Go which is substantially better than those seen in the Rift. But unlike Oculus Go, it will have a refresh rate locked in at the higher 72Hz.

The headset uses Qualcomm’s Snapdragon 835 – which is ‘last years’ premium model in flagship mobile phones. The current generation being the Snap Dragon 845. So for cost reasons they have opted for the slightly older chipset. 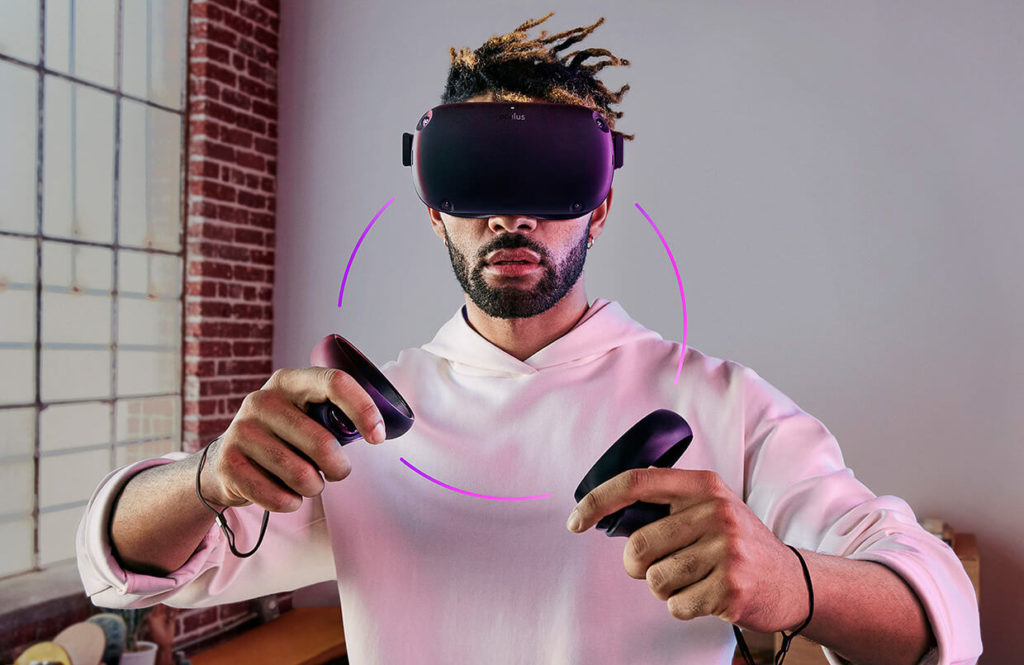 How practical is it?

At US$399 you get the 64GB device. It is likely there will be more expensive models in the pipeline with more storage available, but that has yet to be officially confirmed.

Oculus is working hard to make the battery life comparable to Oculus Go – but that is only 2 – 2.5hrs. For a standalone device that can handle the higher-end of VR graphics, that is decent. But, we feel it could be a concern for buyers, especially any that are familiar with having to constantly plug in their Oculus Go after every session.

While you won’t be able to access Steam VR from the device, many existing Rift titles are already being ported over. Content does require optimisation from the developers, so don’t expect every title to make it across.

The force is with Oculus Quest

One substantial title currently being developed for the device is Vader Immortal. Created in collaboration with Oculus, ILMxLAB will bring the Star Wars VR series to Oculus Quest, with Episode 1 available at launch in 2019. Check out the teaser below.

How do we feel about the Oculus Quest announcement?

We are very excited. There is no doubt, with the substantial backing of Zuckerberg, the Oculus Quest will be the mainstream breakthrough that VR is waiting for.  For Oculus to deliver what is essentially a Rift level VR experience at $US400, with no high-end PC needed to power it… that is simply an incredible achievement.

We predict an Oculus Rift 2 announcement to follow on from the launch of Quest and keep the Oculus VR hype train steaming ahead. Stay tuned.