The Magic Leap “L.E.A.P.” Conference Keynote was broadcast live today from Los Angeles with a healthy dose of New Zealand influence centre stage. Below are some of our highlights. 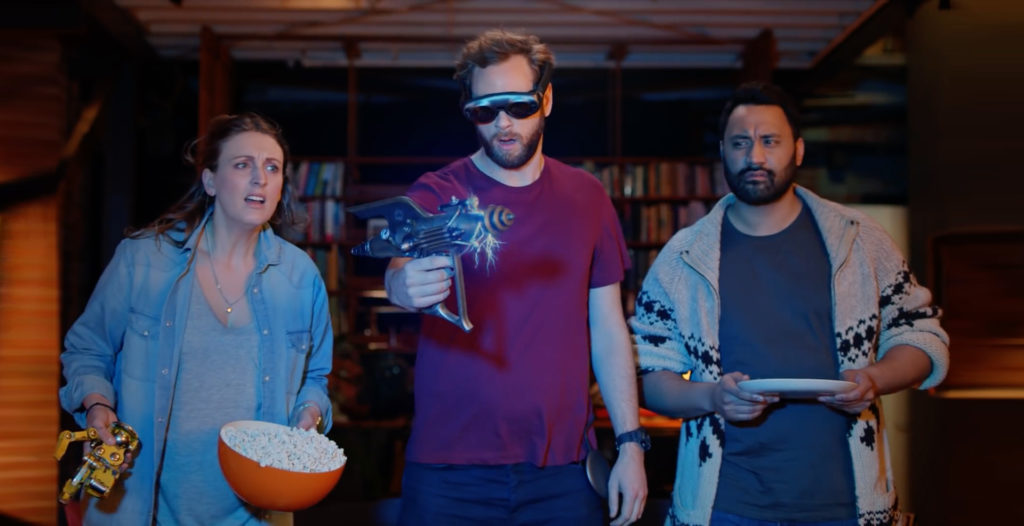 The keynote kicked off with a fairly politically motivated mission statement of inclusiveness. It then moved into a cosy but awkward sit-down. CEO Rony Abovitz presided over futurist Neal Stephenson and Magic Leap’s senior VP of Creative Strategy John Gaeta. The three Magic Leapers went on to help the audience understand what Magic Leap’s vision is for the future. Primarily their plans for spatial computing, which they coin the Magicverse. 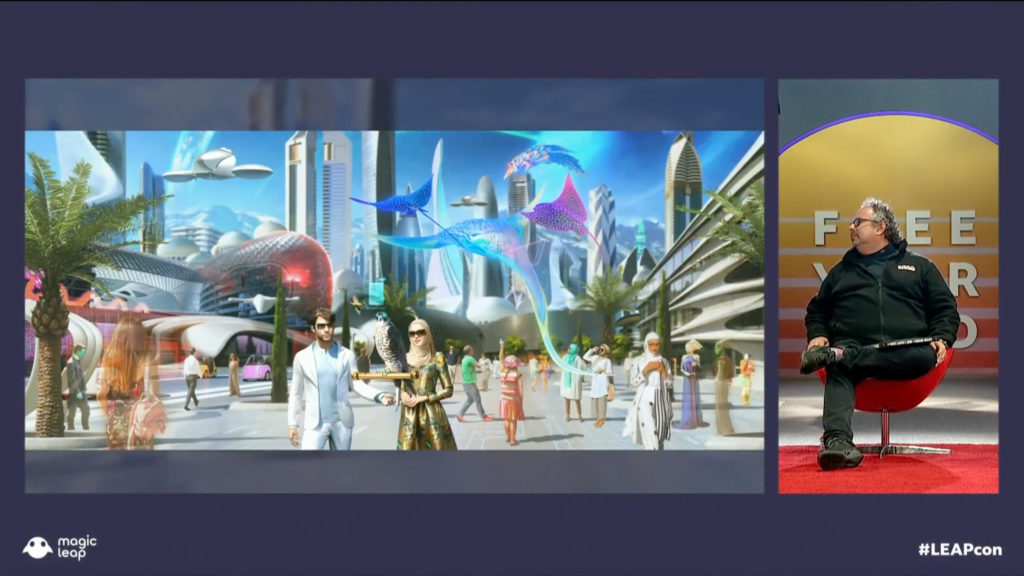 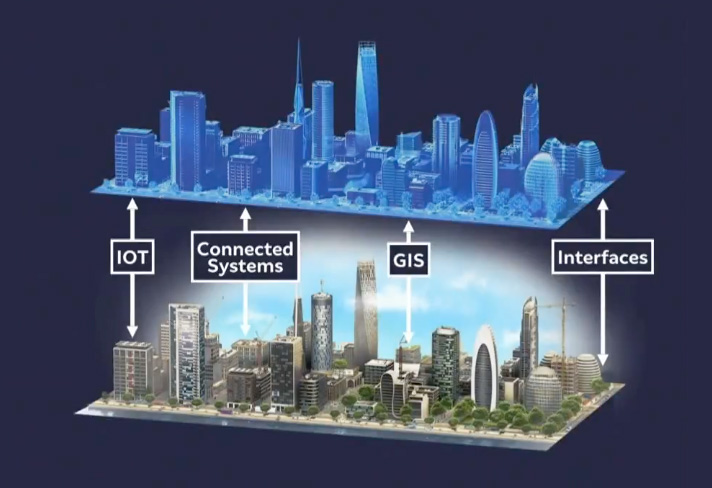 In the fairly near future apps could move from being room scale apps to becoming city scale apps. There are in fact live city scale projects currently under development already.

Due to the potentially invasive nature of what Magic Leap is proposing with Magicverse, we were very pleased to hear Magic Leap make an Apple-esque statement of respecting user privacy and security.

The conference audience comprised mostly dedicated XR developers. Despite that, Magic Leap announced plans to bring VR web to the masses and target web developers. In Q1 2019 MagicScript will arrive. Based on javascript, MagicScript will allow current web developers to leverage their existing web knowledge to develop web VR mixed reality experiences. Magic Leap then made another commitment, to keep the spatial web open and accessible to all. 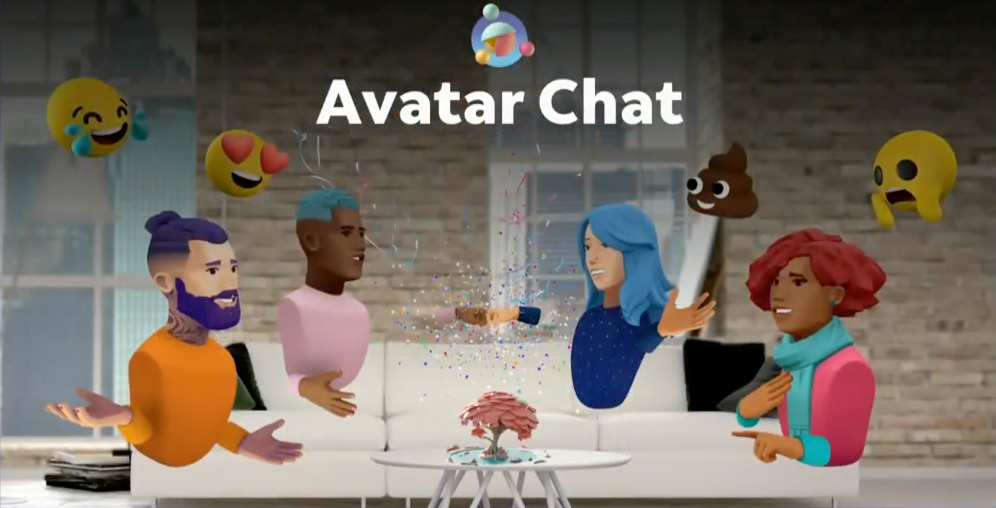 November will see the launch of Avatar Chat with up to three participants. Avatar Chat allows you to chat with friends, family and colleagues using avatars that mimic your gestures, actions and emotions with Magic Leap’s accurate facial and eye tracking. You will be able to customise your Avatar to look like you. Developers will also be provided with a suite of tools to customise Avatars further. Identity services will allow developers to tap into Magic Leap’s multi-user APIs.

Heavy involvement from AT&T was discussed, which draws a parallel with iPhone’s initial launch back in 2007. Indicating future plans to eat into the iPhone market with their new forms of social interaction.

Direct TV Now will hit Magic Leap One in 2019

Direct TV Now’s app will allow you to stream from 125+ America TV channels on 4 screens in your living room at the same time. You will be able to scale a screen to any size you like and place wherever you wish. You will be able to watch your favourite movie and multiple live sporting events at the same time. It will help Magic Leap achieve its goal of replacing the presence of physical screens in our lives with multiple virtual ones.

Sir Richard Taylor introduced the enthusiastic crowd to what Weta Workshop has envisaged for the new device. Sir Richard is one of the initial co-founding board members of Magic Leap and has been working on this title for 8 years – since Magic Leap was a room-sized contraption with open wires and steel supports.

Weta Workshop Game Director and creator of Dr Grordbort’s Invaders, Greg Broadmore also appeared to share details of his creation. Their work and scale of development is nothing short of what you would expect from Weta – visuals full of substance with rich backstories and epic goals.

Other than visuals that will certainly push the hardware, you can expect to hear quality voice acting from Lucy Lawless, Stephen Fry and Rhys Darby. 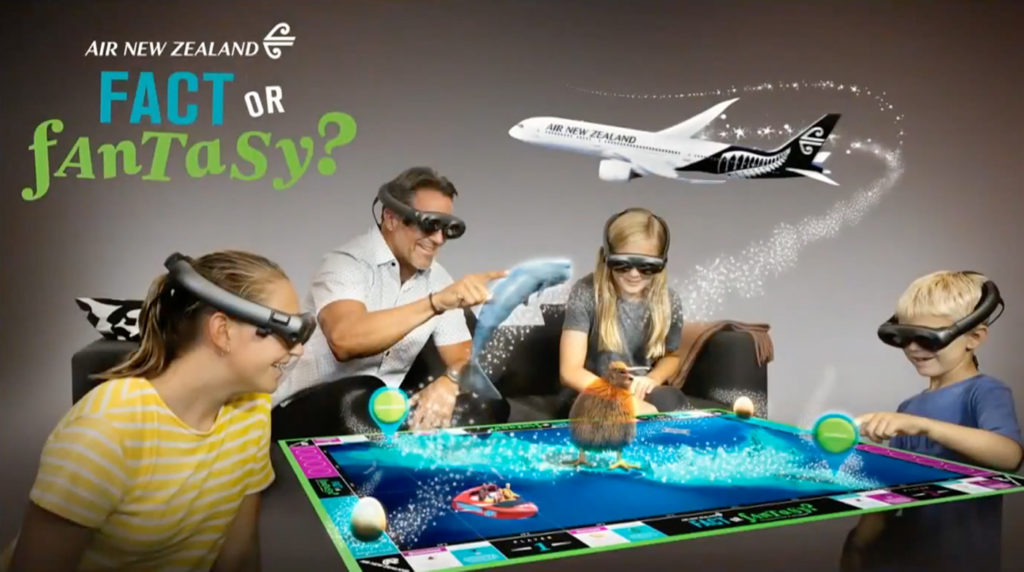 Developed by Framestore in the UK, Air New Zealand’s Fact or Fantasy is a shared 4-user experience. Using a handbuilt relief map of New Zealand at the centre with mixed reality projected over it. It is a board game reminiscent of Monopoly, featuring destinations around New Zealand with quirky animations including a face-hugging crayfish, wondering hobbits and a talking kiwi – the bird that is.

Ultimately it was a fairly long presentation. The initial sit down may have had people scratching their heads, but like a Hollywood movie, the pace picked up and satisfied the crowd once content was shown. Big brands came out of the woodwork to show their support for the product. Nothing particularly new about Magic Leap was announced. We had the impression Magic Leap may have acknowledged their limitations and were asking developers to stay focused on the long-term vision.

Stay tuned for more on Magic Leap as it comes to hand.